Several days ago, a horrible day passed in Baghdad. In one day, more than 250 innocent people died and got injured on three different locations in the Iraqi capital.

One bomb was blasted in a popular and crowded market. There were some people who went there to work in order to satisfy their family, others went there to buy food that they later wanted to cook for their families.

In these days many innocent people die or get injured by bombs, aircraft missiles, or by being treated badly in prisons or by militant groups.

We have to stand together to work to stop the bleeding of blood in all countries.

I think the coming generation will carry consequences from the wars. We have to help them overcome it’s horrible effects on their personality and lives.

I hope they get strong enough to overcome the unpleasant effects.

I offer my condolences to the victims, families and all people who suffered on the tragic bloody event. I also hope that the spilling of blood can be stopped and that we can spread peace in my country, all other Arabic countries, foreign countries and everywhere in the world.

One of the immigrants,

HBL has decided on also publishing this post in Arabic. It can be read here: 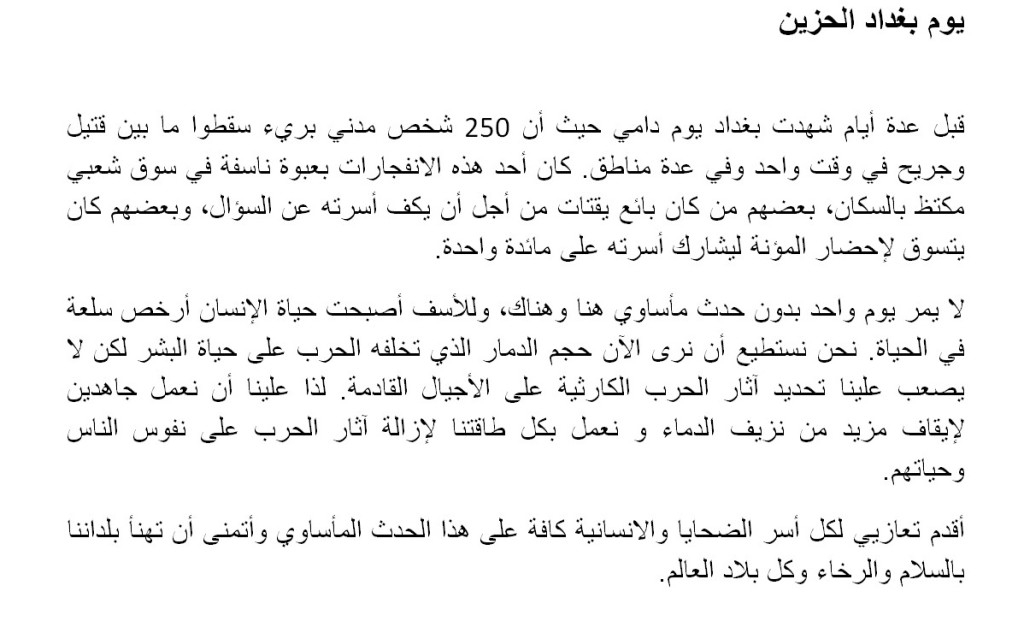 Let me introduce myself

One Year of Staying in Finland

Ammar Al-Kaysi knows what it's like to live in a Finnish camp for refugees. He blogs about his experiences and about what it is like to start from zero in a new country. He was recently given a residence permit.

This blog is in English.

Finnish language and the organization »